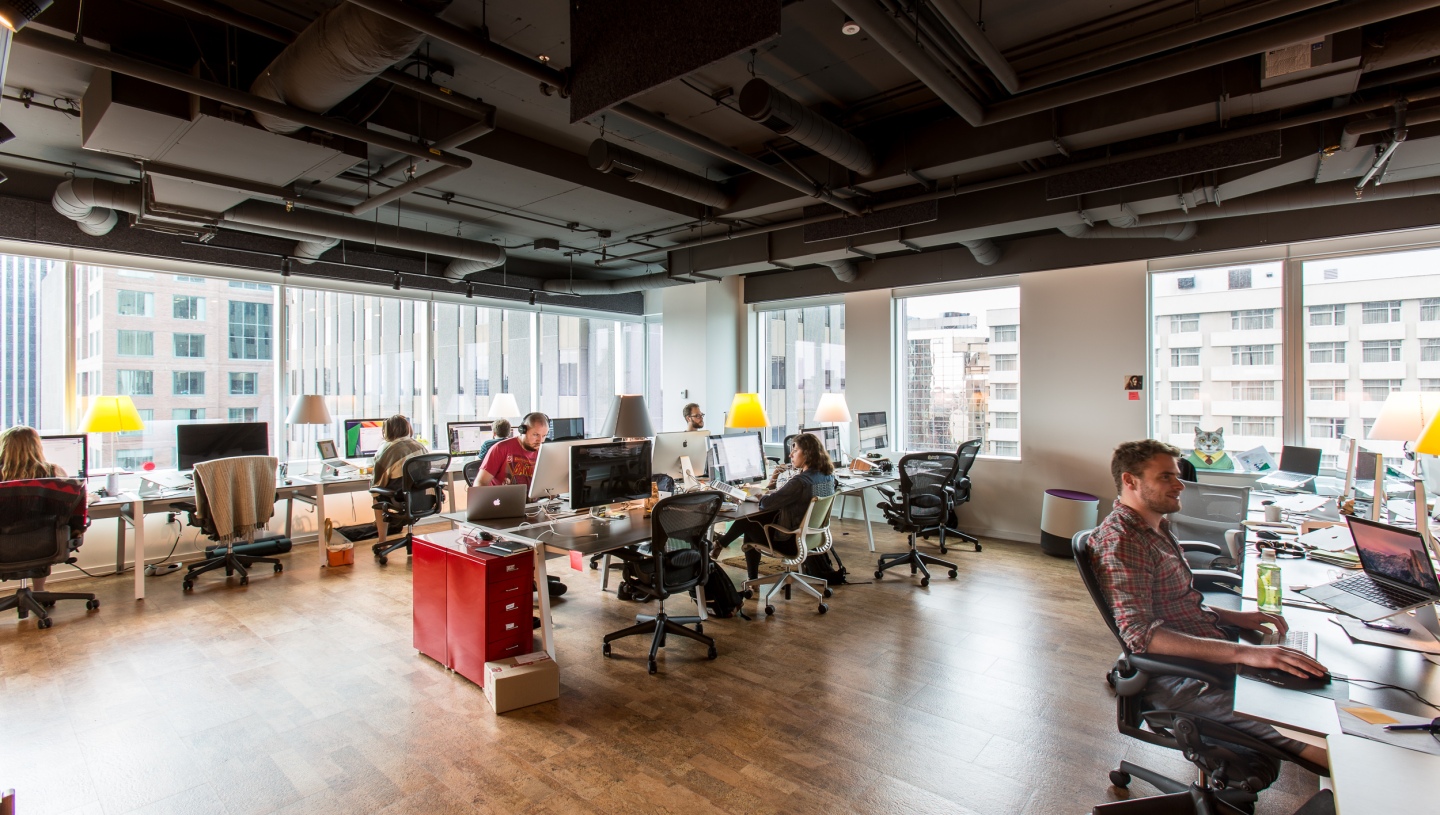 Do you remember the time when a day at work started with coffee and a meeting, not hours spent sorting through a seemingly never-ending amount of emails?

When analysts at Shopify identified “email overload” as a growing problem for their employees, they decided to turn to SaneBox for help. By applying SaneBox’s powerful filtering algorithms and machine learning technology to their current email platform, Shopify was able to streamline their email communications, reduce time spent dealing with unimportant emails, and increase overall employee productivity.

Teams large and small are using SaneBox for Business to remove unwanted email distractions so that they can save time, increase productivity, and restore sanity.

The Importance of a Streamlined Email System

As the leading e-commerce platform on the market, Shopify provides more than 500,000 businesses in 175 countries around the world with everything they need to get an online store up and running. To ensure they stay at the forefront of the online e-commerce industry, the decision makers at Shopify are constantly looking for ways to improve efficiency and increase performance in all aspects of their business.

For personnel at Shopify, having a streamlined email system is a particular priority. The average Shopify employee receives 1000+ emails a day, with around 54% being classified as unimportant.

“At Shopify, email is life,” said Jennifer Perry, the Office Coordinator at Shopify’s Ottawa HQ. “We communicate completely through email. We don’t use phones, so if somebody needs to get ahold of you they’re either instant messaging you or sending you an email.”

The issue of email overload is becoming an increasingly greater problem for many businesses and is only expected to get worse in the future. With the total number of consumer and business emails expected to grow at an average annual rate of 4.4% over the next four years, employees are being forced to spend more time reading and replying to emails, leaving less time available for more important aspects of their job.

A number of recent studies have analyzed email behavior and the effect it has on employee productivity, revealing statistics that are both surprising and concerning. Dealing with an excessive amount of work-related emails is not only a drain on employee time. It can affect overall productivity, increase employee stress levels, and make it harder for employees to return to optimal productivity levels.

To help solve the growing problem of wasted time caused by email distractions, SaneBox developed a smart filtering system that integrates with all major email applications to help create a distraction-free email environment.

SaneBox uses scientific theory to make processing emails a much simpler task. Studies show that when we see a long list of objects such as emails of different context mixed together, our brain requires lots of energy to prioritize and determine next steps. When those objects are categorized based on criteria relevant to us (by importance, project, etc.), processing becomes significantly easier, with a much lower error rate.

After identifying the need to reduce wasted time caused by email distractions, Shopify began to look for a solution that could be easily integrated with their current email platform.

SaneBox user and Shopify CEO Tobias Lütke recommended the company trial SaneBox. They initially started with just 10 users, but after discovering how much SaneBox increased productivity and decreased time spent dealing with unimportant emails, Shopify quickly expanded the user base to include the entire office. There are now over 100 SaneBox users in Shopify’s Ottawa HQ, and the employees there have been astounded at how much more productive they have become.

“SaneBox is definitely freeing,” said Sheena Brady, the Merchant Success Lead. “It gives me the ability to just not have to worry about the stress of email.”

When integrating SaneBox into their current email system, Shopify management stressed the importance of access to reliable statistics that showed the effect SaneBox was having on productivity. Fortunately, the SaneBox Dashboard makes it easy to record and analyze a large number of metrics such as emails sent and received, the percentage of important emails, and hours saved by using SaneBox.

An analysis of Shopify’s monthly email metrics while using SaneBox highlighted the incredible change in the company’s email habits.

In just one month, SaneBox had filtered roughly 55% of unimportant emails from employee inboxes, which corresponds to a saving of over 450 working hours a month across the Shopify team. This equals over 5400 working hours (or 220 days) saved every year by preventing email distractions.

While these figures were impressive, it was also important for management to make sure employees enjoyed using the new email system.

SaneBox comes with a variety of different features designed to increase productivity, and each employee at Shopify seems to have their own favorite.

“I used to keep a close eye on my inbox all day, just to make sure it didn’t get overlooked,” said Garth Pyper, the Technology Infrastructure Manager at Shopify. “I have spent quite a lot of time just looking at my email, always trying to filter things out or delete things.”

One of SaneBox’s most popular features is SaneLater, which analyzes the past interaction of each user to help determine the importance of every incoming email. It looks at a variety of factors such as which emails you open and respond to, how quickly you open them, how often you respond, and what is never opened. It keeps important emails at the top of your inbox and moves distracting ones into a separate folder.

“SaneBox has changed the way I interact with email. I know that the important things are going to come into the box, and the things that aren’t that important are going to be put into SaneLater.”

“My favorite feature is the SaneNews feature,” said Laura Mah, the IT Onboarding and Procurement Lead. It takes all the news, mailing list and promotional emails that users might be interested in reading and moves them to a separate box. This helps keep the top of your inbox clear from clutter, without having to waste time choosing what to delete and what to save for reading later.

SaneNews takes advantage of SaneBox’s built-in training feature. If you ever find an email in the wrong folder, simply moving the email to the correct folder will train the algorithm for categorizing similar emails in the future. “It keeps your inbox clean going forward, and you never really have to worry about that changing.” The SaneBlackHole feature takes it one step further by letting you automatically send any future unwanted emails straight to your Trash Folder, meaning you no longer have to worry about endless spam and junk mail.

“The SaneNoReplies box really was a lifesaver for me,” said Jennifer Perry. “I had been sending out various emails and everyone needed to reply back.” And with the SaneReminders feature, she was able to set a future email reminder to check email replies before an important deadline.

SaneNoReplies made it easy for Jennifer to identify one particular person who hadn’t responded to her email. “I was able to follow up, and it turned out they actually never received my email the first time. I was able to get them the information before the deadline.”

A distraction-free inbox is proven to increase productivity and reduce stress. Learn why employees at Shopify, Adidas, Linkedin, eBay, Coca-Cola and hundreds of other companies rely on SaneBox to eliminate email distractions at their office.

Help your team spend less time on email. Get in touch with us today! 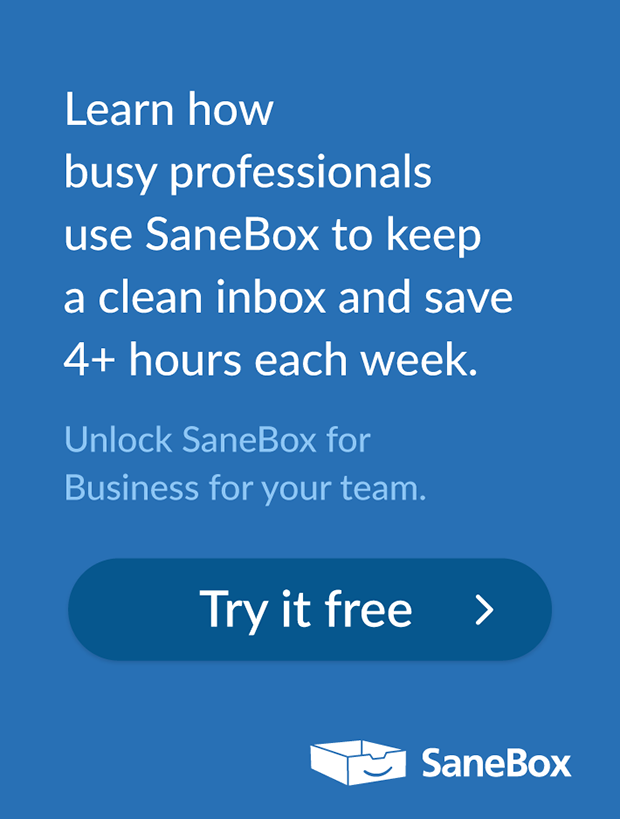