Like the old saying goes, your health is your wealth. And if you’re not on top of your health, you’re not going to be able to be on top of anything else in your life, either—and your productivity is going to take a major hit as a result.

We’re talking about health hacks, and if you want to get on the level of the world’s most productive people, you’ve got to do what they do and learn to hack your way to better health, productivity, and brain function. 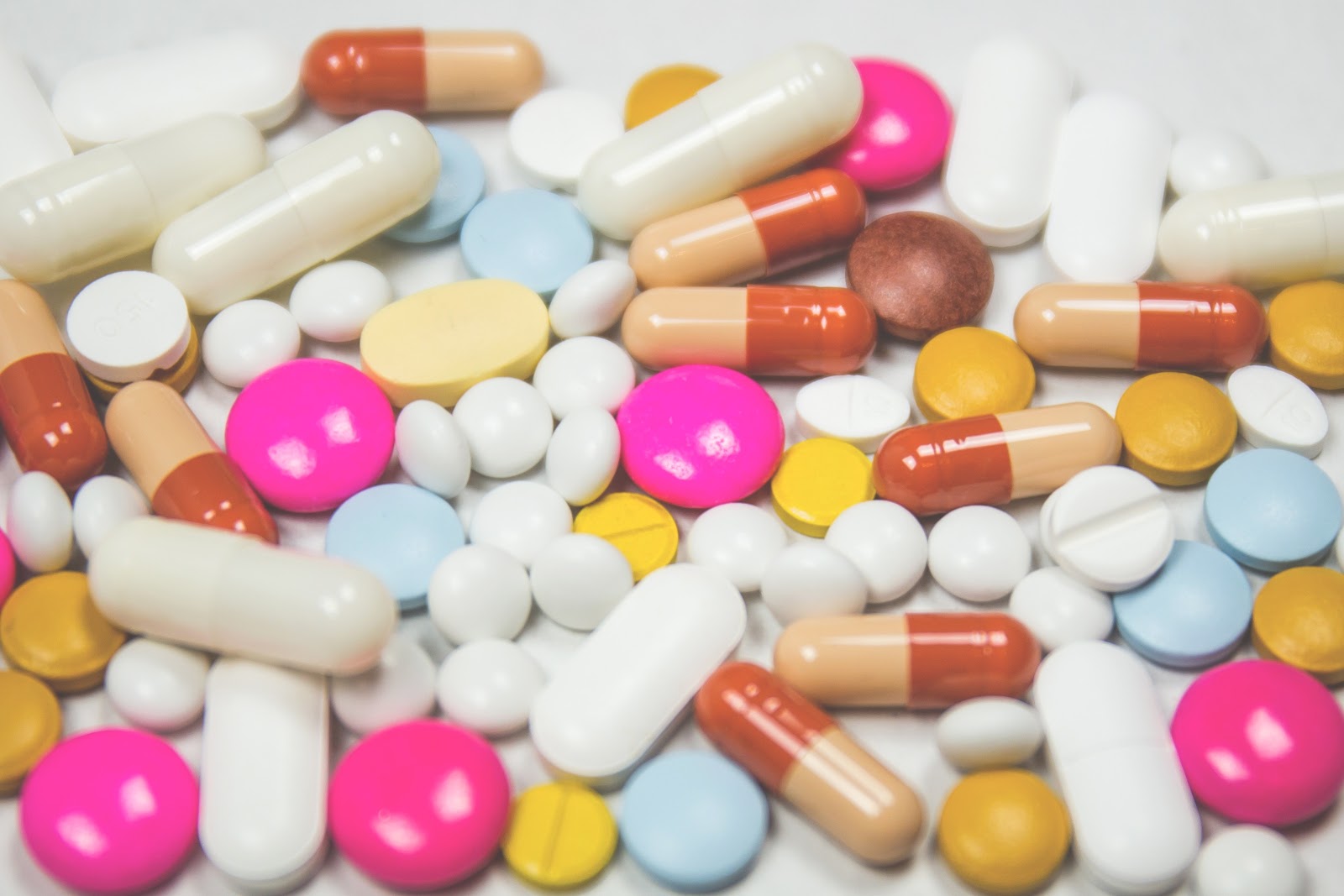 Photo by freestocks.org on Unsplash

The world’s most productive people are also arguably some of the world’s smartest. But no one is so smart they can’t use a little extra boost—and many are finding that boost through supplements.

Nootropics (also known as “smart” drugs) are supplements used to enhance brain function, and everyone from competitive college students to executives in Silicon Valley are using them to get ahead, get more done, and deliver a major boost to their productivity (side note: we’re NOT talking about prescription stimulants like Adderall and Ritalin; those drugs should only be taken as prescribed and under the supervision of a doctor).

When it comes to nootropics, there’s no single pill that delivers a potent productivity boost; instead, users typically take a cocktail of supplements and prescription medications to get the cognitive improvements they’re looking for.

Let’s take a look at some of the more popular smart drugs on the market:

Modafanil (which also goes by the brand name Provigil) is a prescription medication approved by the FDA for treatment of the sleep disorder narcolepsy. People who use modafanil for brain enhancement typically take the drug to increase focus, concentration, and alertness.

And research is starting to show that modafanil can, in fact, enhance brain function. A recent study of healthy, non-sleep deprived participants found that modafanil enhanced performance on a variety of cognitive tests (including working memory, planning, decision making, and visual pattern recognition), and another study found that chess players were able to better perform in games played against a computer while taking modafanil than players who weren’t using the drug.

L-theanine is an amino acid found in green tea that is used to promote feelings of calmness (studies show L-theanine significantly increases alpha frequency activity in the brain, which makes you feel relaxed without feeling tired). But when you “stack” it with caffeine (which is nootropics talk for combine), it also has all sorts of cognitive-enhancing properties that can make you smarter.

Taking an L-theanine supplement with caffeine (like your morning cup of coffee) can help enhance focus and improve memory and motivation. It can also help offset the negative effects of caffeine, like jitters and anxiety, making the two the perfect productivity cocktail.

Bacopa monnieri is a supplement people use to enhance thinking and learning processes. Studies show the plant does have cognitive-boosting potential, particularly when it comes to attention, although scientists note it does take awhile to kick in; if you want to see results, plan on taking this supplement for at least a month.

(Side note: while bacopa can definitely give you a brain boost, it most likely won’t give you a baby-making boost… studies found that Bacopa monnieri suppressed sperm production in mice, so if you’re a male trying to conceive, you should probably stay away from this one.)

You can also buy “stacks,” supplements that combine different nootropics to deliver specific cognitive enhancing effects. When exploring nootropics, remember that supplements are not regulated by the US government, so be sure to do your research and talk to your doctor before adding any “smart” drugs to your regimen.

Starting the day with an icy cold shower… 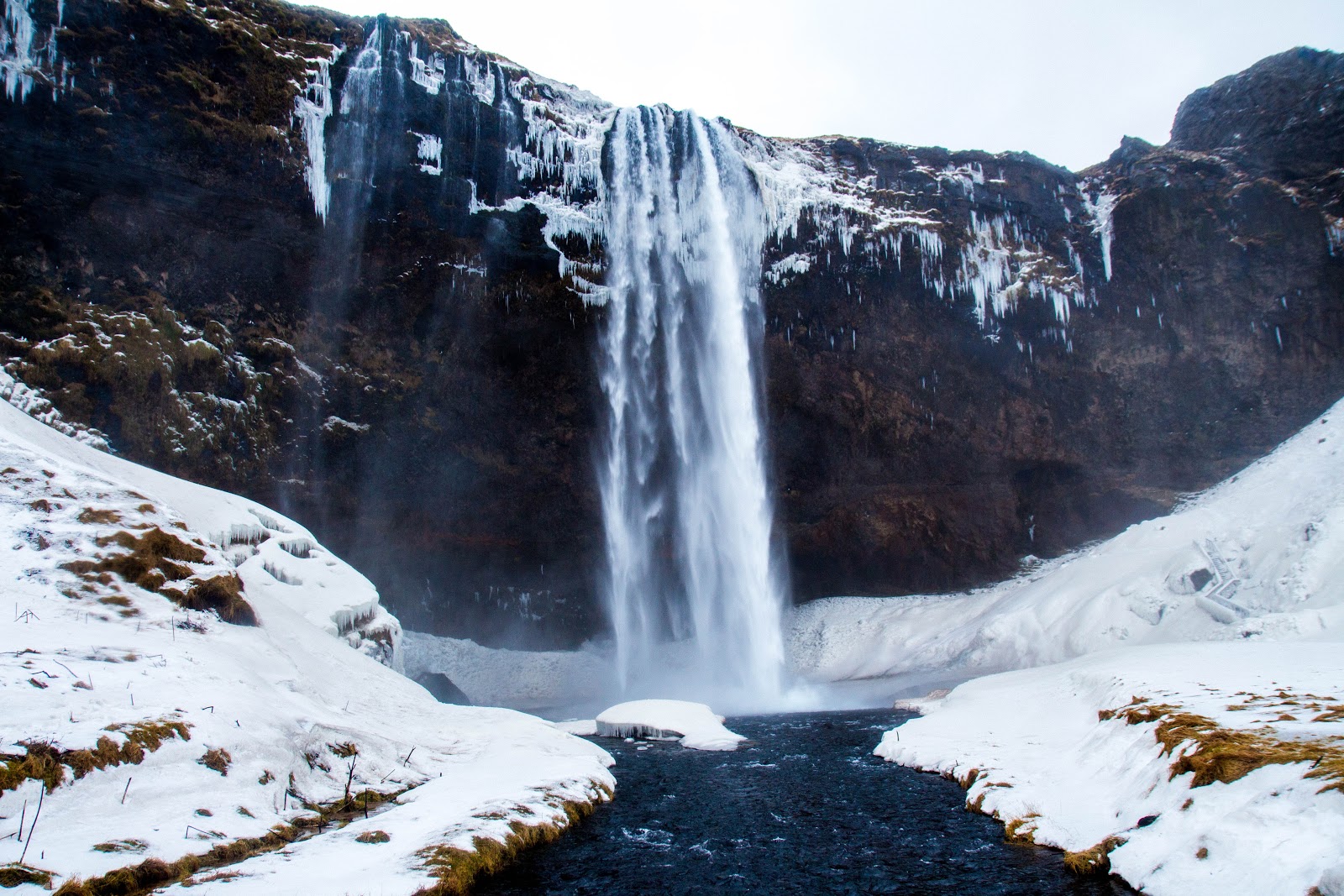 Photo by Blair Fraser on Unsplash

Most people kick off their day with a shower. But if you want your shower time to deliver some serious productivity benefits, you need to turn the dial down to “cold.” Like, freezing cold.

Hopping in an icy shower in the AM delivers some serious health benefits, including improved circulation, boosted immune function, a rush of feel-good endorphins, and a shot of adrenaline that will kick any lingering sleepiness to the curb and leave you feeling alert, awake, and ready to take on the day.

And why do the world’s most productive people start their day with an icy cold shower? Because they know all those health benefits are directly tied to their productivity.

When your body is functioning at its highest level—which it will be after a cold shower—you can function at your highest level. You’ll be able to get more done, get it done in less time, and feel your best while doing it. And if that’s not the secret to productivity, we don’t know what is.

Now, look—we’re going to be honest with you. Making the transition to hot, relaxing showers to “ohmygoditssocoldicantseestraight” showers can be a shock to the system—so, in order to make the process as painless as possible, you want to prepare your system using a breathing technique called the Wim Hof Method. This breathing practice (which is similar to the breathing practiced in yoga) was developed by Wim Hof (a Dutch athlete known for running marathons in the Arctic Circle wearing nothing but a smile and a flimsy pair of shorts) as a way to help his body better withstand extreme temperatures.

Before you get in the shower, sit in a comfortable position and take 30 “power breaths;” inhale through your nose and exhale through your mouth fast and with force (like you’re trying to blow up a balloon). This breathing practice is a sort of “controlled hyperventilation” and you might feel a bit dizzy, especially when you’re just getting started with the practice. Once you finish your 30 power breaths, take one more deep inhale to completely fill the lungs, then exhale completely and hold for as long as you can (don’t push too hard—if you feel like you need to gasp for air, you’re done). After your fully exhale, do a few deep breathing cycles to recover (inhale, hold for 10, exhale). That’s it! This simple breathing method will not only better prepare your body for the somewhat jarring experience of a frigid shower, but it can also offer a healthy boost to immune function (if you want to see a demonstration of the Wim Hof method, check out this recent interview with The School of Greatness).

When it comes to cold showers, the key is to take it slow. Start your shower at a normal temperature and then blast yourself with freezing water for the last 30 seconds before you hop out (and wrap yourself in a nice, warm towel). As your body gets more used to the cold water, start increasing your time until your entire shower is spent getting your chill on.

… and a glass of buttery coffee 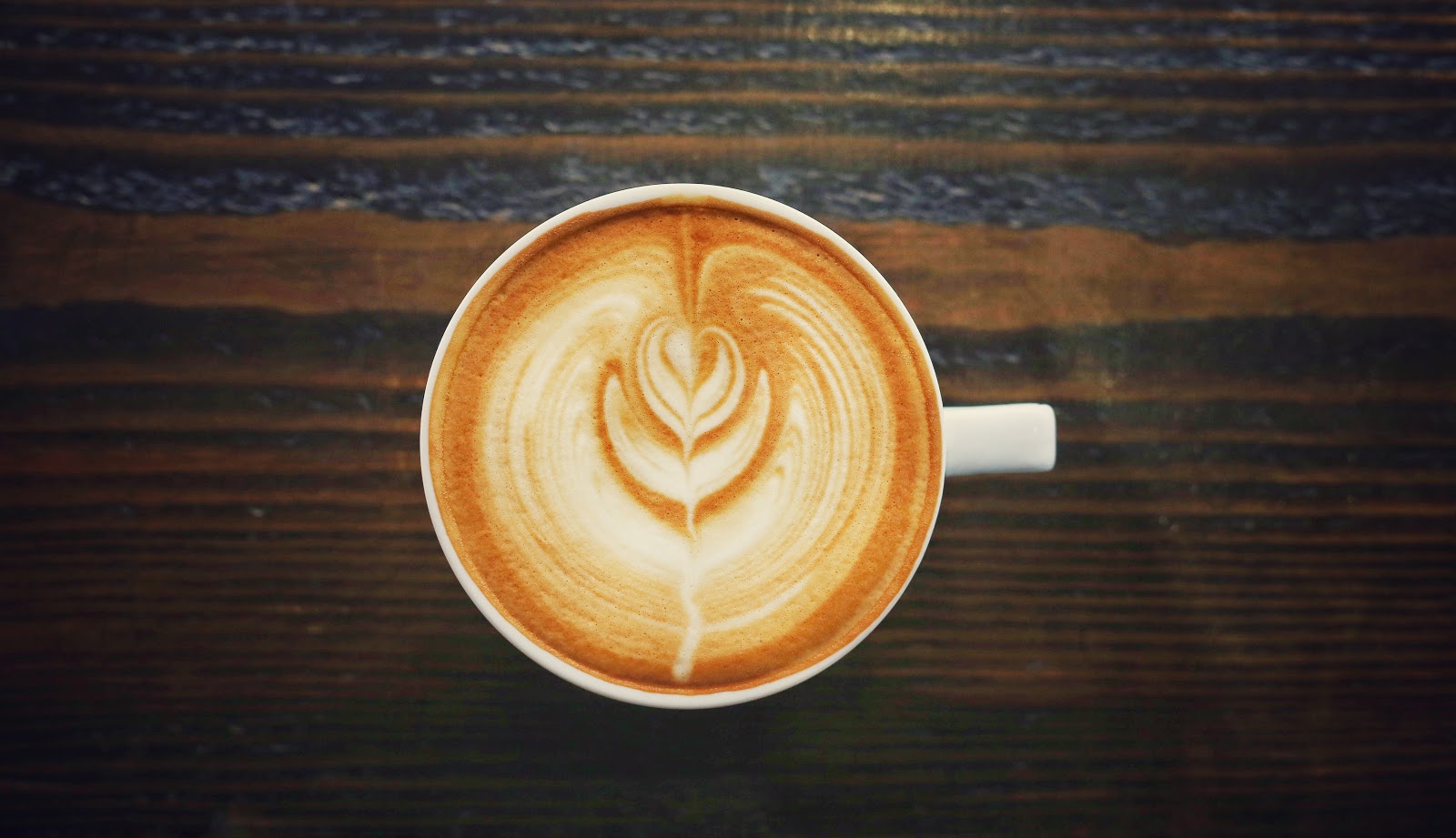 Photo by wu yi on Unsplash

How do the world’s most productive people follow up their icy cold shower in the morning?

With a nice, hot cup of coffee… with butter.

Butter doesn’t seem like something you’d necessarily add to your cup of joe (what happened to creamer?), but it’s a non-negotiable for a lot of the world’s most productive.

Bulletproof Coffee is one of the most famous and widely used health hacks in the world, and devotees swear it’s the secret to enhances performance. Bulletproof Coffee is made by mixing coffee, “Brain Octane Oil” (a high powered medium-chain triglyceride oil from the Bulletproof brand), and a healthy tablespoon or two of butter (either grass-fed clarified butter, also known as ghee, or grass-fed unsalted butter). While this combination might sound a little weird, the three elements work together to deliver an unrivaled performance-enhancing boost—including a boost to your brain function.

The Brain Octane Oil in your morning cup of Bulletproof Coffee is converted to ketones, which get rid of any lingering brain fog, while the butter delivers essential nutrients like omega-3’s that lower inflammation and the caffeine gives a boost of energy. It’s basically like a productivity cocktail—which is why so many of the world’s most productive people make it a non-negotiable staple in their morning routine. 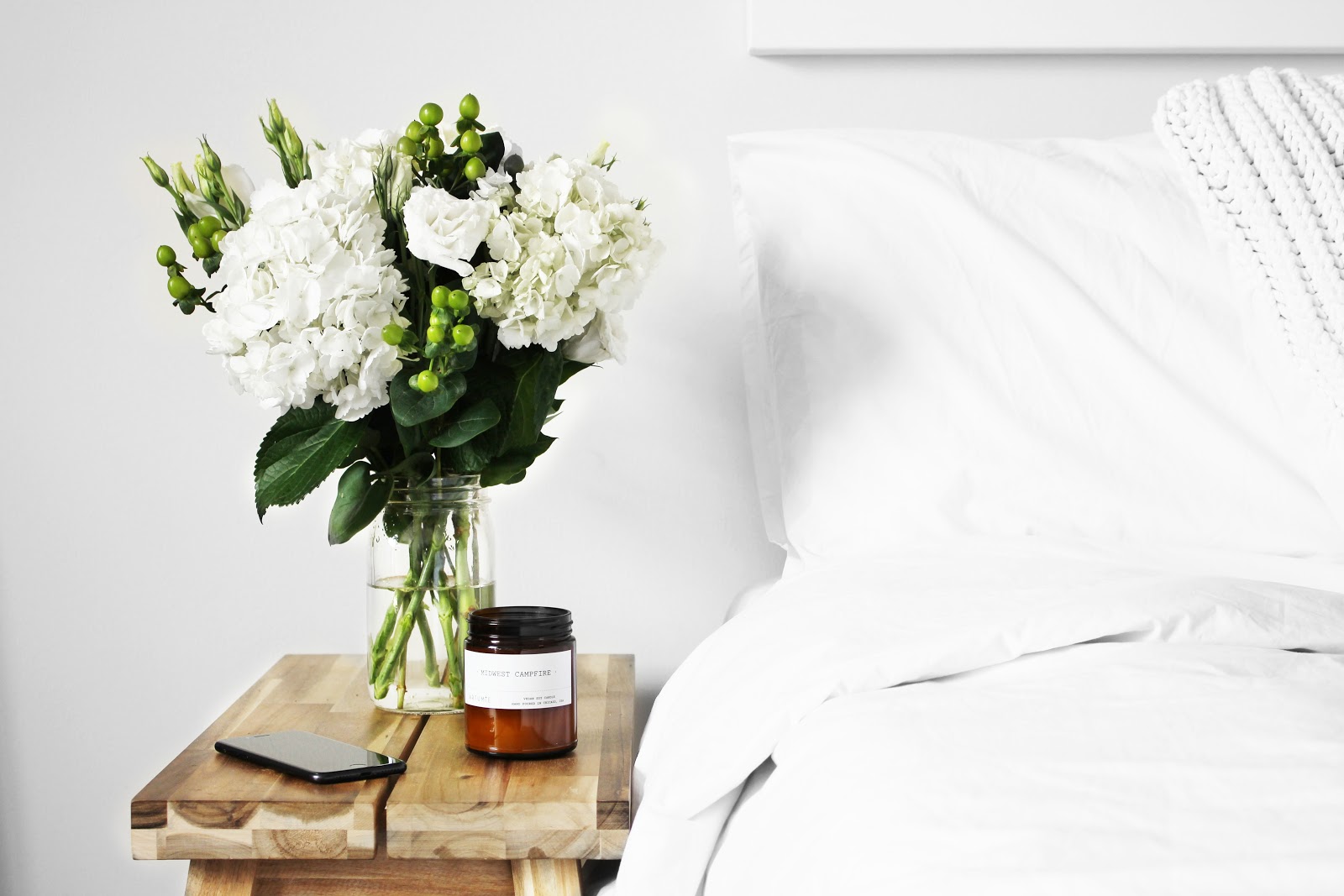 Photo by Logan Nolin on Unsplash

What’s the number one thing you can do for yourself if you’re looking to level up on your health and your productivity?

According to the CDC, more than ⅓ of Americans aren’t getting enough sleep. But one thing we can guarantee? The world’s most productive people do not fall in that ⅓.

Lack of sleep can have disastrous effects on your body and mind, and if you’re trying to run your business and your life on 4 hours a night (most of which you spent tossing and turning), you’re never going to be as productive as you could be. The world’s most productive people know that the amount and quality of their sleep is directly tied to their productivity, and because they know how much they can get done during the day relies on how many Zzzs they catch during the night, they practice proper sleep hygiene.

What, exactly, is sleep hygiene? Sleep hygiene are the practices and habits necessary to make sure you’re getting a) enough sleep, and b) the best quality sleep possible. When it comes to sleep hygiene, it’s the small changes that can make the biggest difference.

Here are a few sleep hygiene hacks to start implementing if you want to get more/better sleep (and skyrocket your productivity as a result):

Carving out time to disconnect 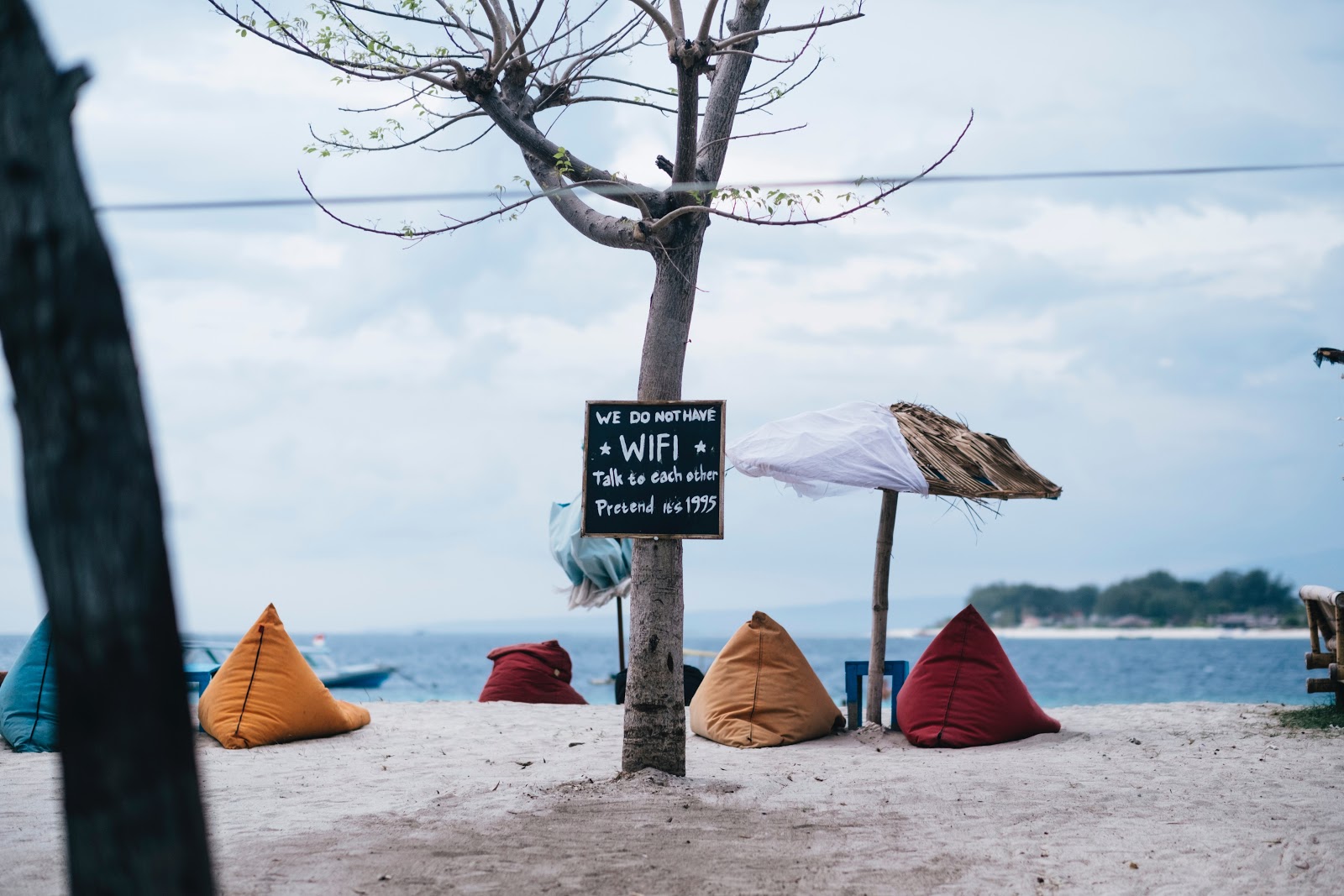 Photo by Kym Ellis on Unsplash

The negative effects spending 24/7 glued to your phone are well documented; it decreases your ability to pay attention (we now have a shorter attention span than a goldfish), messes with your posture, increases your anxiety, disrupts your sleep… seriously, it’s not good.

But in today’s culture, most people think that the only way to be productive is to be connected all the time. But the world’s most productive people know the truth—that the best way to boost productivity is to carve out time to disconnect.

Your best ideas—the ones that are going to change your life and business—aren’t going to come to you when you’re scrolling through Facebook on your phone or answering an endless stream of emails. You’re not going to be able to do your best work when you’re glued to three different devices and trying to do 17 things at once.

If you want to boost your productivity and get more done (and get more quality from your work), you need to disconnect once in awhile. Spend the first hour of your day working on the projects that mean the most to you without the distraction of work emails or social media. Choose a cut-off time every day where you disconnect from work and focus on your personal life. Declare one day a week “device-free day” and spend the day connecting with yourself and your loved ones without any devices to steal your attention.

Carving out time to disconnect might seem like a waste of time (“I’m not getting anything done… how is this helping my productivity?!”), but it’s not. When you take the time to disconnect, you give your brain and body the chance to recover and recharge, so when you do go back to being connected, you’re able to tackle projects feeling refreshed and rejuvenated—which will give a serious boost to your productivity.

Being healthy and being productive go hand-in-hand. And if you want to be more productive, it starts with your health. So get out there and start hacking your way to becoming a healthier person—and you’ll become a more productive person as a result.